This chart from the British archives gives an excellent idea of Britain's W.W.I propaganda division, Wellington House.  Its scope reached far and wide throughout the globe. We can see under the Foreign Office's Deputy Director C. H. Montgomery at far left, Wellington's tentacles extended into France, Russia, Greece, Italy, Switzerland, the United States of America, Spain, Portugal, South America, Sweden, Norway, Denmark, China and Japan. (The "Abroad" asterisk leads to a note at bottom, which reads: "It should be remembered that most of the work abroad is carried out through His Majesty's Embassies and Legations and also through local unofficial conditions of British residents and others.") At Wellington House, under the command of Masterman, there were dozens of people coordinating the distribution of propaganda, through books, pamphlets and newspapers, and other publications and exhibitions. Looks like they even had a literary agent, easing the road into publishing houses. At Middle right, under the House of Lords, there was coordination for the press, cables, and the cinema. At far left, Wellington House man Arnold Toynbee appears in the section of enemy nations to be demonized, under "Ottomant Empire, Mesopotamia, Arabia, Egypt..." 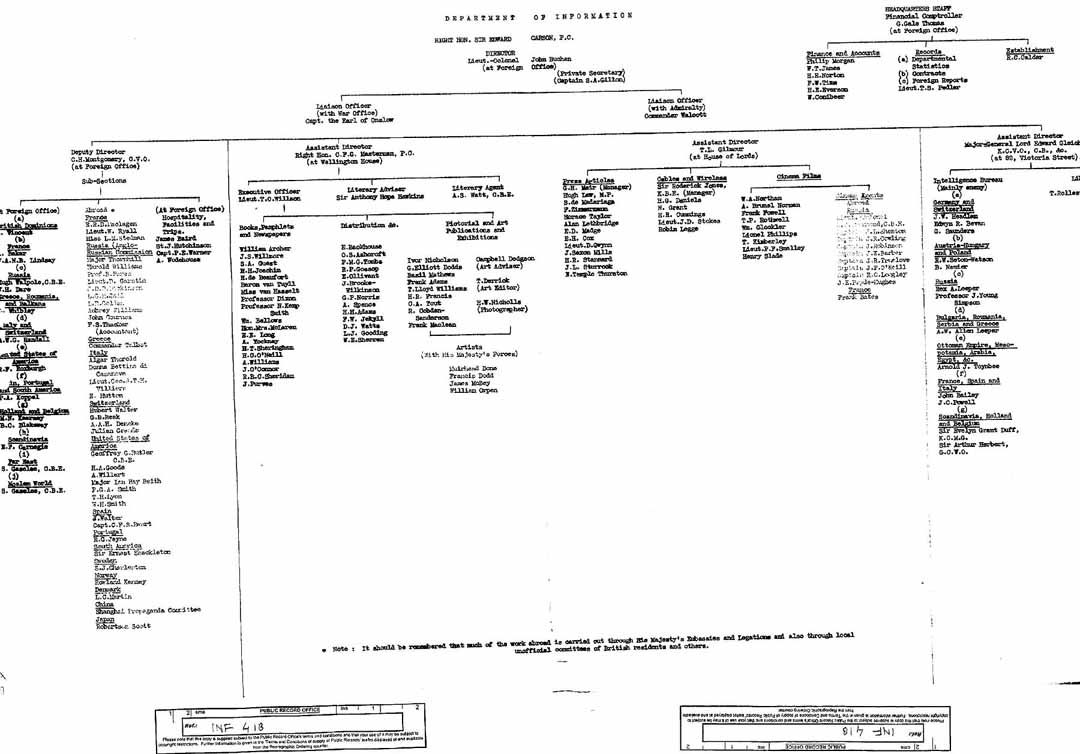